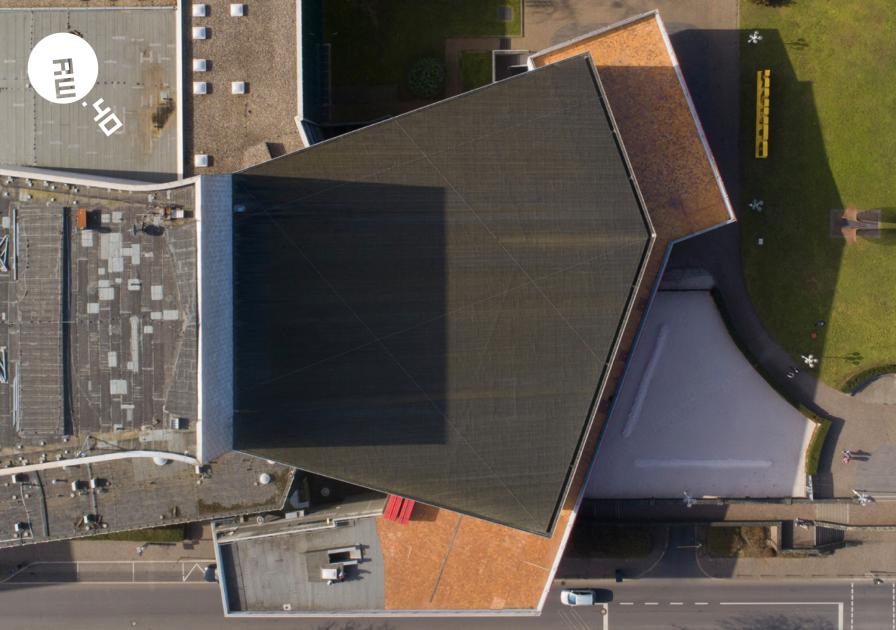 REMOTEWORDS is an interdisciplinary artistic and long-term project founded in 2007 by Uta Kopp and Achim Mohné. At the intersection of art, literature, design, internet culture and navigation technology, REMOTEWORDS installs messages on the roofs of cultural institutions. Mounted in the form of permanent capital letters, each collaboratively developed message represents a semantic entity with its respective location and surroundings. The messages are disseminated through virtual globes such as Google Earth or Bing Maps. In this way, REMOTEWORDS borrows from the classic LANDART tradition.

In the exhibition space of the Judith Andreae Gallery, REMOTEWORDS presents the realization of an as yet unknown message for the roof of the Bonn Opera House as a work-in-progress. Likewise documentations of earlier, already realized projects are shown, explained and illustrated in detail.