Uferhallen in Wedding: A visit to a contested space

A rusty boat carrying large Styrofoam blocks is at the entrance to the hall. Tarpaulins, water canisters, containers, an old bus. Sculpture Berlin at Berlin’s Uferhallen is showing artworks on a large scale. A man in work clothes explains that they have already filled an area of 300 m² as he works on a life-sized local train exterior made out of Styrofoam. Now and then they also make work for Katharina Grosse, Peter Dobroschke says. He also reckons that it would be possible to borrow a saw here.

Dobroschke is an artist, but, by necessity, he’s also an activist simply because he would like to remain in his studio at Uferhallen in Berlin-Wedding, where he has been for a decade. It is here, on land that used to belong to Große Berliner Straßenbahn, that he has expanded his studio. A ladder leads to a small loft. He has insulated the windows and photographs hang on the walls. You can smell oil paints from neighboring artists. For five years, Dobroschke has been working to preserve this location.

This is due to the fact that over 95% of shares in Uferhallen AG were sold in 2017. The company that bought these shares has ties with one of the Samwer brothers, real estate magnates who founded Zalando. At this point, Marema GmbH’s plans for the property are clear: expensive rental apartments and office space. Many of the studios will have to be handed over as they are slated and built upon. The non-profit Uferhallen e.V. fears that the new tenants will file noise complaints. The association was founded in 2019 with the purpose of entering into negotiations.

Across the spacious courtyard, there are a number of mailboxes at a disused bus stop. Approximately 150 creatives are based here. Some of the names visible include Favre, Bianca Kennedy, So Young Park, Monica Bonvicini, and Maria Eichhorn.

Artist Antje Blumenstein is also an active member of the non-profit. She says that they probably came together too late. The dancers next door at Uferstudios were quicker to realize that financial speculators had discovered their property. "This doesn’t come naturally to the fine arts, where we normally work alone," Blumenstein says, surrounded by an air pump, tobacco, fruit, a toaster—items one finds lying around a studio. She explains that she has been offered an alternate space in the main hall that has been used for events for a long time. It offers 2,500 m2 , 1,000 m2 of which can be used as exhibition space, and all of it is under historical preservation. But it’s a difficult space—hard to heat, ventilate, and divide.

They would like to do the interior renovations themselves because they understand the space and everyone’s needs better. In his studio, association board member Hansjörg Schneider says: "But we need information now about whether we’ll receive funding for it. Then we would have a basis for our negotiations." All parties need to sit down together at the negotiating table. But that hasn’t happened yet. What the artists see as a good solution is also a solid source of rental income and an ideal asset for the owners. To use the language of those at the top, what is the value of such a cultural center?

A fitting exhibition is taking place during Berlin Art Week. "On Equal Terms” is curated by Sophia Gräfe and Arkadij Koscheew. The Uferhallen are the focus, with Neuer Berliner Kunstverein also showing a documentary on the artist-made art shares sold to preserve Uferhallen. Other Berlin artists are involved too. “What does it mean to be at eye level?" is the central question.

The organizers of Berlin Art Week find the question of space for art so important that they have based the festival at Uferhallen. From Monday to Sunday, the Berlin Art Week garden features free talks, workshops, performances, and events. Maybe the new owners will even drop by: there’s plenty to discuss.

This text was first published in Monopol 09/2022 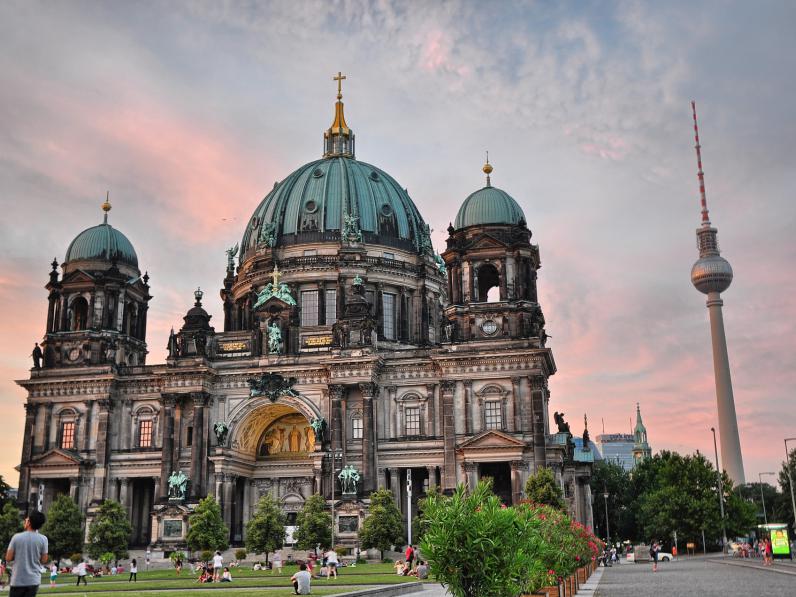